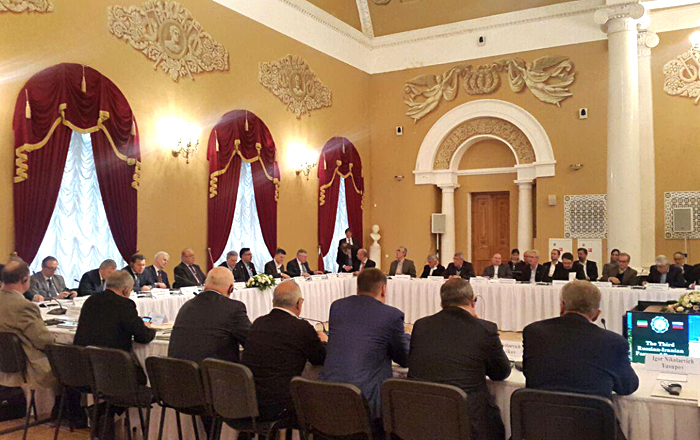 Prof. Hossein Salimi, ATU President, participated in the 3rd Forum of the Iranian and Russian Top Universities, held in Moscow. During this event, top universities from the two countries discussed possible grounds for cooperation.

The Third Forum of the Presidents/Chancellors/Rectors of the Top Universities of Iran and Russia was held on Friday, 27 October 2017 in Moscow.

In this event, presidents from thirteen top Iranian universities, together with their vice-presidents and / or directors, discussed the possibilities for enhancing the academic and research relations between Iranian and Russian universities. This is the third round of this Forum and during thiese three events, grounds for the cooperation of universities from the two countries has been negotiated and prepared.

In the first Forum, held in 2015 in Moscow, the universities came to know each other while in the second round, held in Tehran, the parties examined the idea of the establishment of an academic evaluation system with non-western models. In this third round, all universities introduced their future plans for cooperation.

Your comments and questions about our news are highly welcome at ennews@atu.ac.ir. Your emails will be answered as soon as possible.
air.ir/ZHqbC7
Close