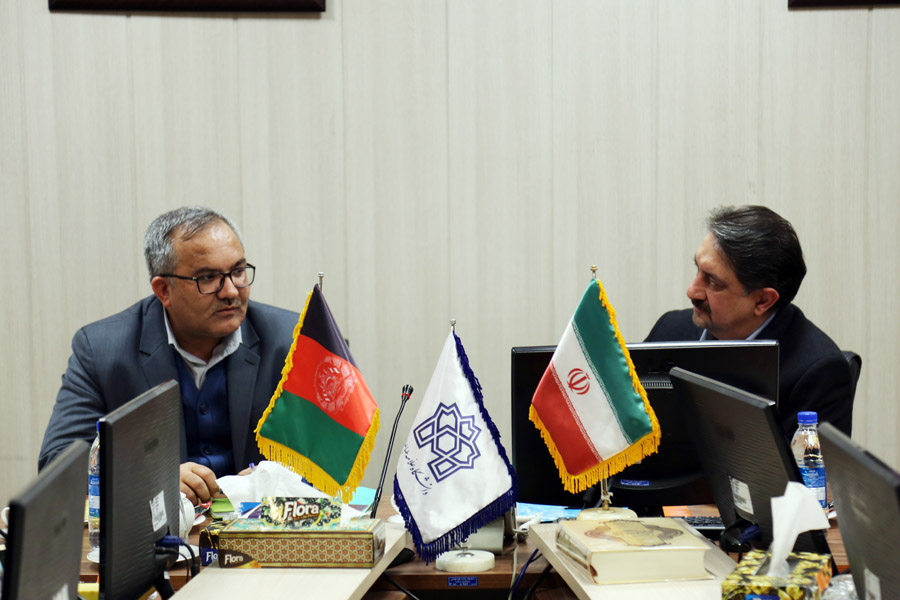 An MoU was signed and exchanged by the presidents of ATU and Herat University on Monday 5 February 2018. The parties emphasized further collaborations in the humanities.

A memorandum of understanding on academic cooperation was signed and exchanged by the CEOs of ATU and Herat University (HU) on Monday 5 February 2018.

In a session held with the presence of Prof. Hossein Salimi, ATU President; Prof. Abdollah Fayez, HU President; Dr Hamidreza Oloumiyazdi, Vice-President for Research; and Dr Mandana Tishehyar, Director of International Academic Cooperation, ATU and HU Presidents signed and exchanged an MoU on behalf of their universities. In this session Prof. Salimi introduced ATU potentials including the 16000 students and 530 faculty members, saying that more than half of ATU academic members are above the associate-professor level. He continued saying that ATU has unique potentials in a number of fields, including for example the Faculty of Communication Sciences being the only one in the country; Salimi then pointed to the national reputation ATU has in the fields of IT Management, Technology Management, Economic Law, and Oil and Petroleum Contracts. He then described ATU's Afghan students as highly talented ones in their fields and admired the Afghan professors involved in ATU for their success and active cooperation. Salimi described the Afghani Professors as highly literate in their special fields and expressed his willingness in expanding collaborations with HU and other Afghan Universities, saying "I hope our cooperation can lead to the establishment of an association by all Persian-speaking universities".

Dr Fayez then said: "We have a common language and we do not have linguistic barriers in our relations. ATU has had relations with Afghan universities, including HU, in granting books to Afghan universities, admitting Afghan students, and having other contacts with our universities, all showing your good will. Creating joint programmes are a good means which can take us to greater and more systematic goals." He then added that they are interested in solving the country's problems through improving and developing the country's academic and educational systems.

The session was closed with the parties signing an MoU on academic cooperation. HU is the second largest university in Afghanistan and has five branches.