ATU and UAM Hold a Specialized Session in Spain 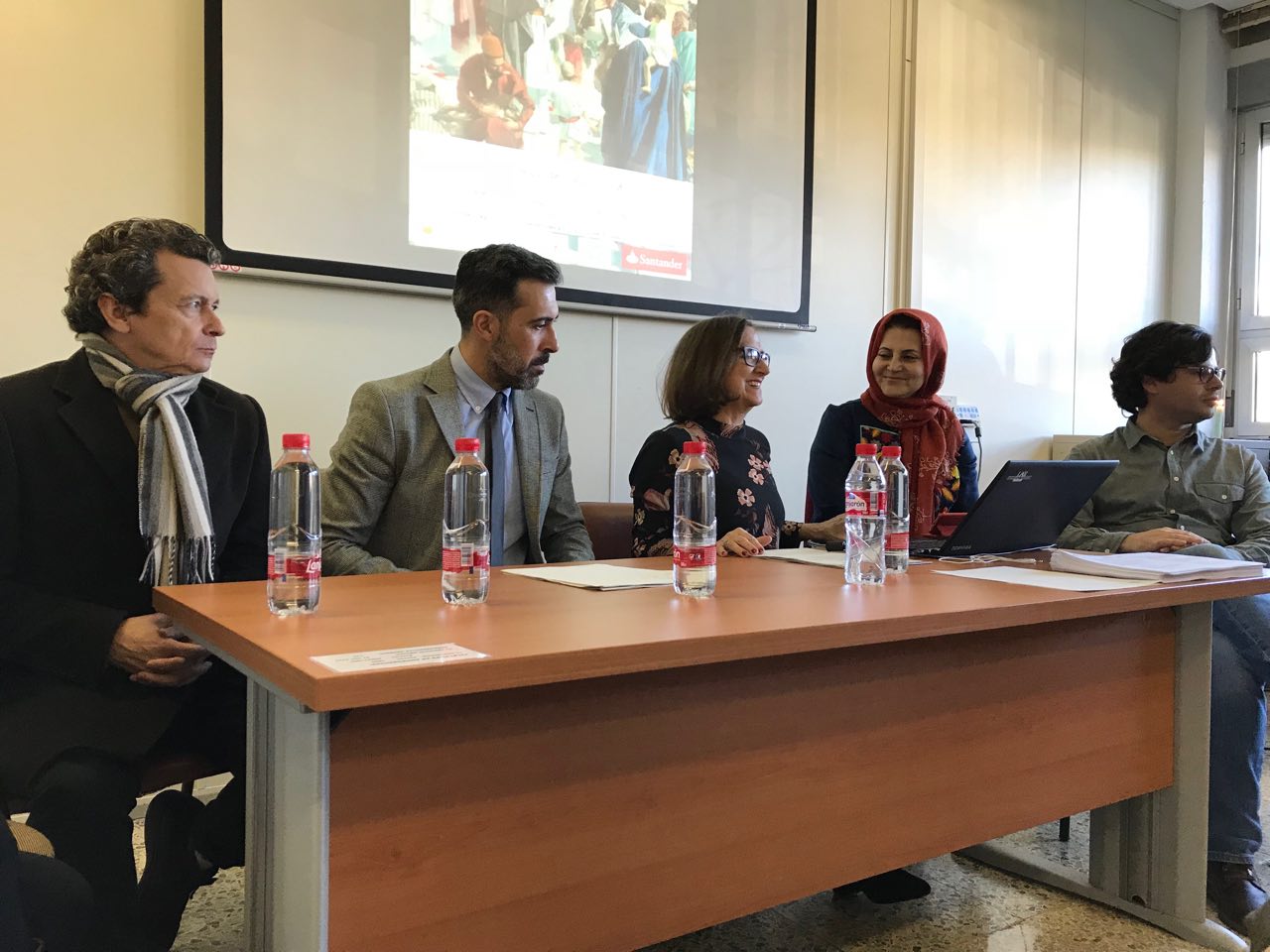 On 21 and 22 March 2018 the 2nd specialised session on "400 Years of Relations between Iran and Spain" was held in Autonoma University of Madrid.

On Wednesday and Thursday, 21 and 22 March 2018, the second round of the specialised sessions on "Four Hundreds of Relations between Iran and the Spanish-Speaking World" was held in Autonoma University of Madrid with academics from ATU and universities of Madrid participating in this event.

As reported by ATU Public Relations Office, the first round of these scientific and research-based sessions, supported by Santander Bank, was held in 2017 by ATU Spanish Department in collaboration with Autonoma University of Madrid. In the 2018 session, 20 speeches were delivered within 7 specialised sessions around the themes of comparative literature; mass media; and the historical, cultural, political and literary relations between Iran and the Spanish-speaking countries.

The ceremony opened with speeches delivered by Vice-President of UAM; Dr Fernando Camacho, Faculty Member at UAM History Department; Dr Fernando Gonzello, Head of the UAM Department of Islam and the Arab World; and Dr Najmeh Shobeiri, Head of ATU Spanish Department. The session was closed by ATU Press donating a number of its books to UAM Library.

Free online workshop in how to get published

Dr Galyani wins the first prize at AM20