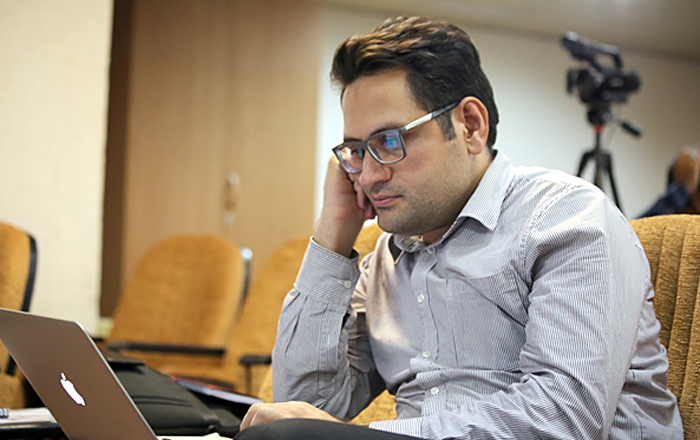 Dr Hossein Tavakkolian, lecturer at ATU Faculty of Economics, could win the first prize in the “Iranian Young Researchers in Economics” festival.

In the first Iranian Young Researchers in Economics Festival, held on 14 July 2018 in Shahid Beheshti University's Faculty of Economic and Political Studies, Dr Hossein Tavakkolian, a faculty member at ATU Faculty of Economics was chosen as the best researcher of the festival and received his prize.

In this festival 58 “young” researchers in economics, all under forty, competed. In the final round, Dr Tavakkolian presented his research on “Targeting CPI and PPI Inflations in the Dual-Currency-System Sphere”, and competed with the other four young researchers. Dr Tavakkolian won the prize jointly with Dr Seyyed Ali Madanizadeh, a lecturer at Sharif University of Technology.

ATU thus congratulates the young winner and other members of our large family on this achievement.

Your comments and questions about our news are highly welcome at ennews@atu.ac.ir. Your emails will be answered as soon as possible.
air.ir/ZHqwv8
Close