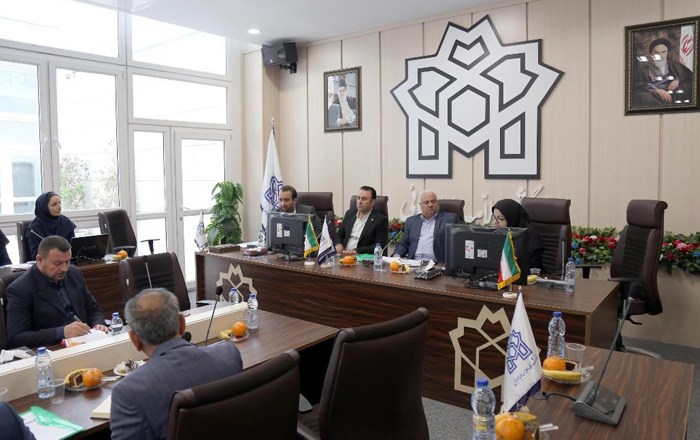 A delegation of directors of central libraries of Iraqi universities and scientific associations visited ATU and had a meeting with research VP and Library Director.

A delegation of directors of central libraries of Iraqi universities and scientific associations, attended Allameh Tabataba'i University, had a meeting with vice-president for research, and visited the Central Library and Documentation Centre.

In this meeting, held in ATU Central Library, Head of the Iraqi Information Technology Association and library-heads from the universities of Baqdad, Mustansiriya, Kufa, Babil, and Muthanna discussed common grounds for cooperation.

Pointing to the capacities of Allameh Tabataba'i University (ATU), Dr Hamidreza Oloumiyazdi, ATU vice-president for research, emphasized the serious attention of the university to the development of research centres and libraries as the main places for doing research, and added: "To this aim, cooperation and interaction with other universities in a national and international scope are our strategic goals." Referring to the religious and cultural commonalities between the two countries, ATU vice-president for research then added: "I hope we will have good cooperation given the existing capacities and the communications formed between the libraries of the two countries in the exchange of books and information resources."

Subsequently, Dr Seyyed Mehdi Taheri, Director of ATU Central Library and Documentation Centre, introduced the new library services, including the information gateway, and provided a brief overview of the libraries in different ATU faculties. The Iraqi delegation then negotiated with the Central Library Director and Head of the Department of Knowledge and Information Science, and visited various sections of the library.