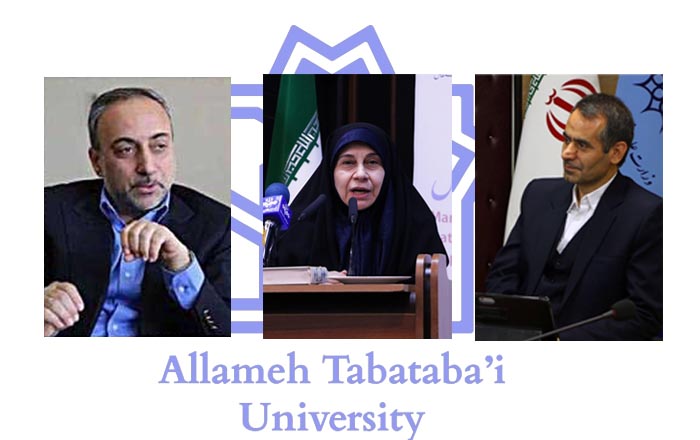 During their visit to Shanghai International Studies University (SISU) to inaugurate the Saadi Centre for Iranian Studies (SCIS), ATU Delegation, consisting of Dr oloumiyazdi, Dr Olfat, and Dr Iranzadeh, negotiated with the SISU officials and delivered speeches on the theme of relations between Iran and China.

As reported by ATU Public Relations, Dr Hamidreza Oloumiyazdi, ATU’s Vice-President for Research, in his speech on "An Introduction to Business Law in Iran" introduced Iran’s legal system and portrayed its various elements. According to Dean of SISU’s School of Law, this was the first academic speech in China on the Iranian legal system and was warmly received by Chinese students and professors.

Dr Laya Olfat, Dean of ATU Faculty of Management and Accounting, also delivered a speech entitled "Supply Chain Sustainability" and elaborated on the importance of sustainable development in the world today, and expanded on the issue of sustainability in supply chains.

Following the warm reception of ATU delegation’s speeches, SISU and ATU members agreed on further organisation of workshops and speeches in the two institutes.