Salimi Meets the Iraqi Minister of HE 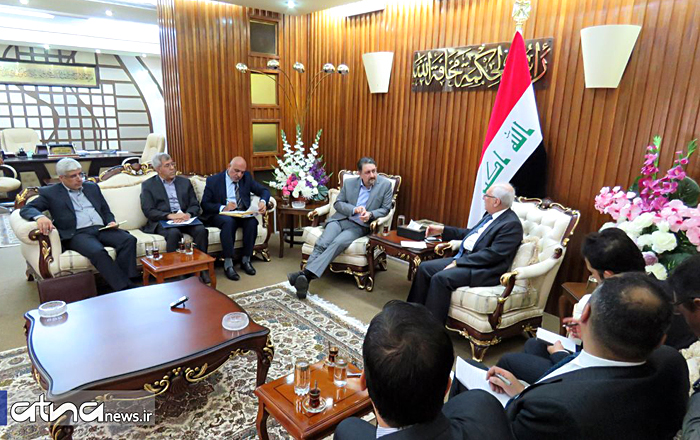 President Hossein Salimi, together with Presidents of Universities of Sharif and Isfahan, had a visit to the Iraqi Minister of Higher Education and Iranian Ambassador to Baghdad. In this visit, the parties negotiated common grounds for the cooperation of the Iranian and Iraqi universities.

Presidents of three top universities of Iran had a meeting with the officials of Arbaeen Cultural Centre and the Iraqi Minister of Higher Education on 18 and 19 October 2017 in Iraq, and discussed academic cooperation between Iraqi and Iranian universities.

In their meeting, Salimi, Fotouhi Firouzabadi, and Talebi discussed with the Iraqi Minister about further academic cooperation among their universities. Abdul Jalel al-Esa also described the three Iranian universities as successful models of Iranian universities and acknowledged his willingness to enhance collaborations with them. Al-Esa then pointed to Sharif University of Technology as a successful university whose model they are willing to borrow and apply in Iraqi universities. He then suggested the establishment of branch campuses in Iraq and joint academic and research programmes. Al-Esa then added that "Iraq is trying to use the capacities of Sharif University, especially in the establishment of the programmes not currently offered in Iraqi universities. Iraq's newly established universities are ready to have academic exchanges with Iranian successful universities."

Professor Salimi also introduced ATU and mentioned that the International Conference on Arbaeen will be held soon with more than 60 papers presented by Iranian scholars. Iran's ambassador to Baghdad then acknowledged his readiness to receive the Arbaeen Conference participant-pilgrims and anticipated a population of over 30 millions of Iranian attending the Arbaeen Pilgrimage (hiking) this year.