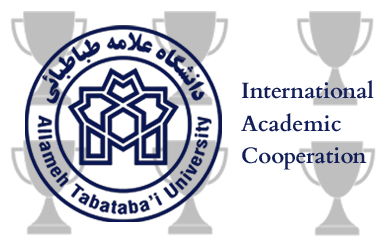 Following the evaluations performed by the Centre for International Academic Cooperation at the Iranian Ministry of Science, Research and Technology (MSRT), Allameh Tabataba"i University (ATU) was nominated as a top Iranian university in terms of international activities.

In a session held on 4 May 2020, ATU was nominated ass one of the four best Iranian universities in terms of international activities and collaborations.

At this session, President Hossein Salimi, ATU President, received a Certificate of Appreciation and added that the university owes this success to all the efforts made by lecturers, students, and the staff in the Directorate for International Academic Cooperation.

According to the MSRT, to nominate the top universities, 73 Iranian universities were analysed and 12 different factors were considered. Iran University of Science and Technology, University of Guilan, and the National Centre for Research in Genetic Engineering and Biotechnology were the three other institutes nominated in this ranking.


Your comments and questions about our news are highly welcome at ennews@atu.ac.ir. Your emails will be answered as soon as possible.
air.ir
Close

Free online seminars to be held in August & September 2020